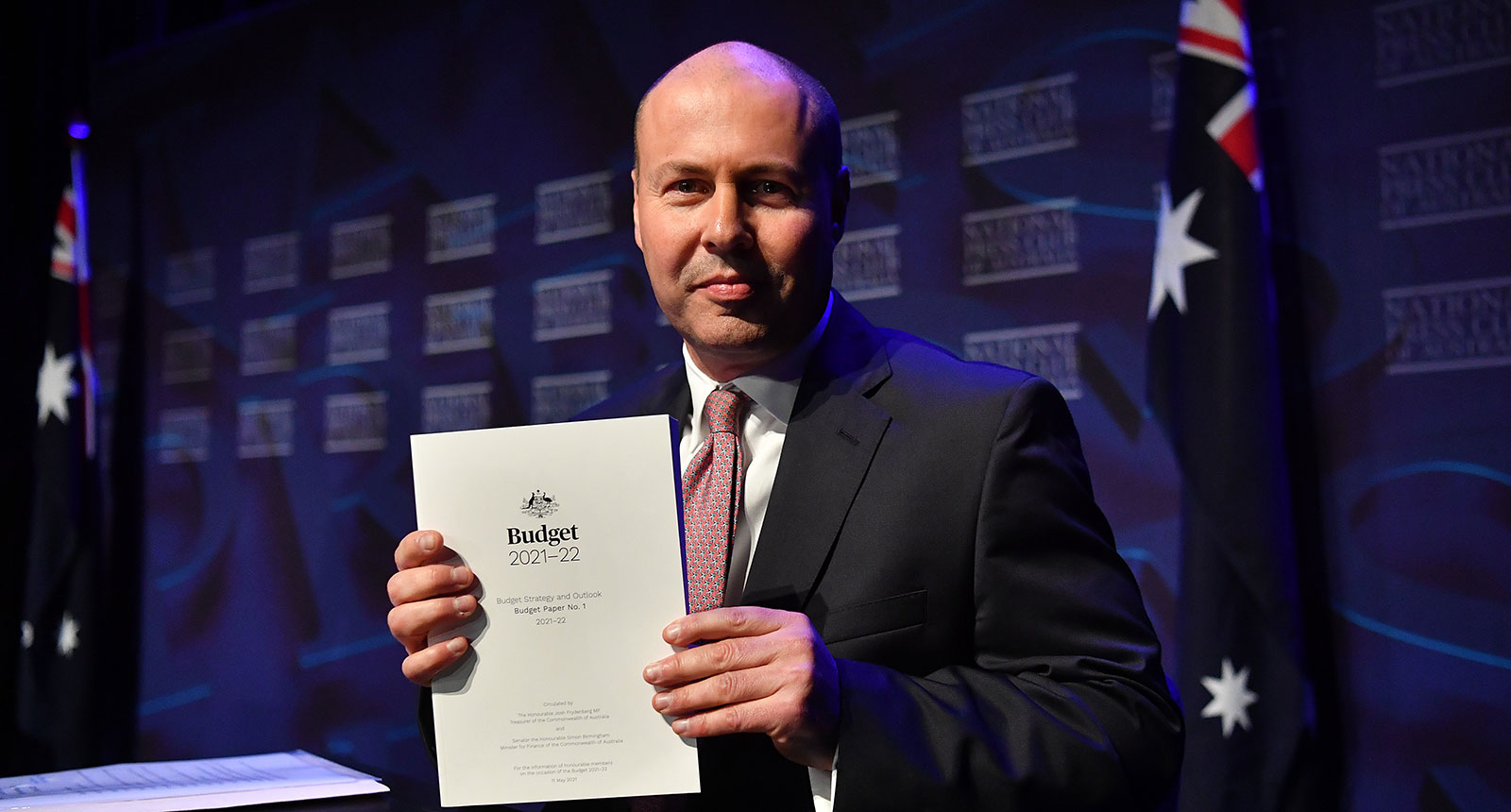 Australia’s Treasurer opened up the wallet in his big spending Federal Budget this week, and equity markets strategists say investors have reasons to cheer.

Delivering his third budget on Tuesday night ahead of an election in the next 12 months, Josh Frydenberg unveiled larger than expected spending measures on a range of initiatives, including tax incentives and offsets for businesses and consumers, more than $7 billion on infrastructure and higher funding for aged care, childcare, the NDIS and mental health.

Strategists at broker Morgans said while investors shouldn’t get overly excited, the announcements were “incrementally positive for risk assets” like shares.

“The budget is unlikely to bring about significant revisions to corporate earnings, however the ongoing commitment to support the economic ‘restart’ will underpin market sentiment and lead to further gains over the next six to 12 months,” they said.

“Retailing, housing, resources, energy and financials have benefitted from the bounce back in economic activity. Household balance sheets are in great shape which should continue to support the strength in consumption.”

Wilsons’ strategists agreed, albeit noting the markets may get even more nervous about the risk of rising interest rates and inflation.

“Overall, the degree of stimulus should be broadly equity market friendly (particularly for the consumer),” they said.

“But the complete absence of any attempt at fiscal repair may put some upward pressure on interest rates (contingent on global influences) and bring forward assumptions on RBA tapering and cash rate hike timing (RBA still guiding to 2024 for the first hike).”

The government’s cash splash – totaling an additional $96 billion over four years – will eat into the $104bn of gains in the budget position over the period from the better than expected economic recovery.

The 2020-21 deficit is expected to come in at $161bn, a far better result than the $198bn forecast in December, due to the better than expected economic recovery and record high commodity prices.But the deficits are now tipped to be higher in the outer years as the spending measures come through, eventually falling to $57bn in 2024-25.

“Broadly we see the consumer sector as the winner given the extension of near-term tax rebates for low and middle incomes alongside the generally positive fiscal thrust of the budget,” Wilsons said, adding the budget had “something for just about everyone”.

“Good for growth and good for jobs. The extension of business tax incentives should spur a further revival in business investment, much of which could flow into retail spending from small and mid-sized firms.”

Macquarie’s equity strategists said the government’s lack of austerity was “positive but expected” after policymakers learnt from the GFC that removing stimulus too quickly was not the way to go.

“We think the latest budget is consistent with our preference for reflationary trades,” they said. “Specifically, we prefer cyclicals…domestic exposures…value… COVID-losers…and resources, as governments keep using more commodity- intensive infrastructure and construction stimulus to boost employment.”