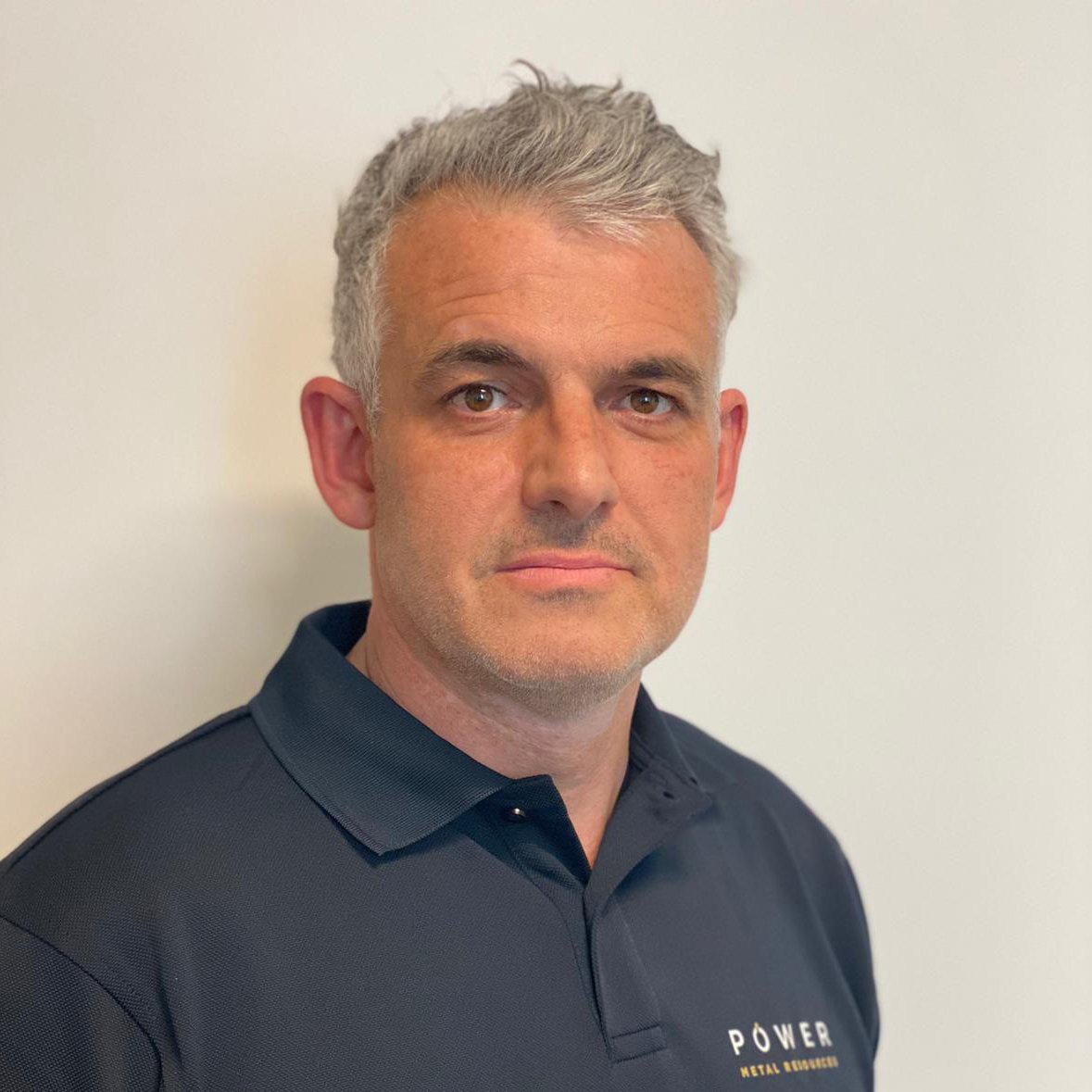 JB: Power Metal Resources has several fascinating global projects. How has your portfolio developed this way?

PJ: By design, lent a hand by challenging market conditions for many years. We went for scale in terms of the diversity of projects and the district scale discoveries that many are targeting.

JB: Where did the drive for district scale project originate?

PJ:  It began in 2019 with legacy interests in Castillo Copper. We forensically analysing previous exploration data after acquiring the licence in 2017. From this, the geology team has identified 21 viable targets across the Northwest Queensland copper project that are highly prospective for copper mineralisation.

In October 2020, the Castillo commenced its 36-hole maiden reverse circulation drilling programme at the project. The programme initially focuses on two stand-out targets that deliver potential scale and exploration upside: Big One Deposit, which comprises shallow high-grade supergene ore up to 28.4pc— and the Arya Prospect, which has a massive sulphide anomaly with iron oxide copper-gold potential.

Regarding West and Central Africa, it was clear the market was not seeing those projects alone as investable. We needed to go for projects capable of making a dramatic difference through discovery. The business had to make substantial steps forward, and we built around district-scale projects that articulated our ambitions.

JB: Just a few quick hitters on some of your projects, any developments on the Pilot Mountain project in Nevada?

PJ: That project has just been acquired as part of Golden Metal Resources, for which we are seeking a listing on the London capital markets. We had an option to take 100 per cent from Thor Mining, which we exercised a few weeks ago. It is technically our most advanced project now, and it has a JORC compliant resource for tungsten and copper, silver, and zinc. We believe the resource is significantly scalable, and we think the exploration model we are developing can help reveal more about Pilot Mountain than has been fully understood to date.

JB: And is there an appetite for this project in the US?

PJ: That is the intriguing thing, yes there is a considerable exploration and developmental upside there, but you must ask the commercial question. Tungsten is a critical metal in the US, and there is no primary (mined) production of the commodity. If Pilot Mountain has a straightforward, extensive resource with upside, it must be of interest at this point in the geopolitical climate.

That is part of what we intend to find out.

JB: What other projects with Golden Metal?

PJ: In the Golden Metal package, you have Pilot Mountain, Garfield, Stonewall and Golconda Summit. We have 100 per cent of Garfield and Stonewall and an option to acquire the same of Golconda, with the three covering both precious and base metal projects. Golconda Summit is sat within a fascinating area pregnant with multi-million-ounce gold discoveries. The geological theory we are pursuing is targeting just that again.

JB: And what about your nickel project in Tanzania?

PJ: We currently hold a 35 per cent interest in Haneti, our partner on that is another London listed company called Kotoro Gold — they have the other 65pc. This project occupies quite a large land footprint. Our immediate focus is deep diamond drilling targeting nickel sulphide and platinum group elements. Katoro raised £850,000 recently with monies from that allocated to undertaking the drill program. This is a project I have passionately followed for many years, and now we get to drill it. It could not be more exciting for the team, and we are preparing.

JB: You have seven uranium projects at the Athabasca basin. Have you worked much with uranium before?

PJ: No! I had a try at uranium when on the board of Metal Tiger back around. Still, it was a bit too early, and you know uranium—it is quiet for a long while then suddenly comes to life as it did in 2007, making many participants and investors in the uranium space very rich. Now my timing is better, I think, and we have a team of people around me who have worked on uranium exploration and know the business. From nothing in early September, we have built quite a uranium portfolio with many active acquirers and deal makers almost fighting for good ground.

JB: When did Power Metals decide to get into it?

PJ: We had been analysing ground for some time, and then big players started to get involved. The Sprott Uranium Trust was buying strongly for its inventory, and lots of other significant players worldwide started getting involved. The uranium price started moving north, so we accelerated our work and went staking ground as fast as we could focus on the Canadian Athabasca project in Saskatchewan.

JB: What do you feel was the specific advantage of targeting uranium in Canada over other places?

PJ: All our property staking to acquire seven projects has been based on historical evidence of uranium on the properties. We were not staking moose pasture here, which makes the difference in the real value potential of our properties. We can see that from the level of interest being shown in them so far.

JB: You have been a big buyer of Power Metal shares. How much and why?

PJ: Yes, directors buying shares in their own companies do not see that as often as investors would like. I am a private investor at heart, and I buy shares because they are cheap, will rise and can deliver significant capital returns. I see no difference in my decision making with POW as I do with other investments.

JB: How large has your investment in POW?

PJ: So far, I think I have invested just over half a million pounds in cash terms, not fee offset actual cash going into the business. This is the most significant investment I have personally made to date. I believe it will make my family a lot of money, but my wife is standing here now, so I must justify as I speak why exactly I have spent so much money on my own company.

JB: Haha, any thoughts on why Power Metal has suggested diverse commodity exposure?

PJ: We cover ten commodities now across the portfolio, and with 13 different project interests, we naturally have a good spread. The commodity business is a bit up and down. Nickel can be a popular commodity for six months. Then it is uranium. It is gold, so if you are running a serious business in our space, you need that diversification to cover yourself in variable market conditions.

JB: What kind of projects do you focus on as a company?

PJ: We have been building to try and take one of two things, either specific project packages where we think there’s localised upside value and that is, for example, the Silver Peak project in British Columbia, Canada, where we have bought into a 30 per cent interest.

But as noted, most of our acquisitions have been on district scale type stuff where we see a broader scale and dramatic opportunity where discovery could have wider area significance.

JB: Any examples of the district scale interest you have?

JB: That must have been right around COVID?

Yes, we were doing that just at the start of the many COVID restrictions coming in last year, so it was an opportunity for us because we were desk-based. We did the same with jurisdictional areas in the Kalahari copper belt in Botswana. I had a strategic joint venture with MOD Resources when I was CEO of Metal Tiger, where we made the T3 copper discovery in 2016. Our KCB interests are just down the road from there, southwest towards the Namibian border. With our partner Kavango Resources plc, we have circa 4500 square kilometres of ground under Prospecting Licences. Drilling the KCB again will, I hope, be a Déjà vu experience.

PJ: That is the kind of thing that makes a difference in these companies. What is that phrase? Go big or go home? It is like that. We have gone for it with some of these strategic land holdings.

JB: You have been investing for a long time. Any old stories from your youth?

PJ: Oh. when I was younger? Hah, not in the resource sector. When I was younger, I quite a lot of my small portfolio in the dot com boom, which was not booming much from April 2000 onwards. I remember being slumped on the garden outside, thinking, how could I lose £1000? I have made and lost money off all sorts of companies, and participation in the market teaches you caution or better stated, when and how to be brave.

PJ: I got a quote from an investor way back, and he said the stock market is the only place where people buy less in a sale. In London, many juniors have lost more than half their value since the beginning of the year. Yet, there is a great deal of reluctance to engage! Of course, making money in the markets often requires you to buy when shares are cheapest/hated and sell when shares are expensive/popular, but we investors tend to react opposite to how we should.

That, I suppose, is an opportunity when going against the crowd is clearly profitable.