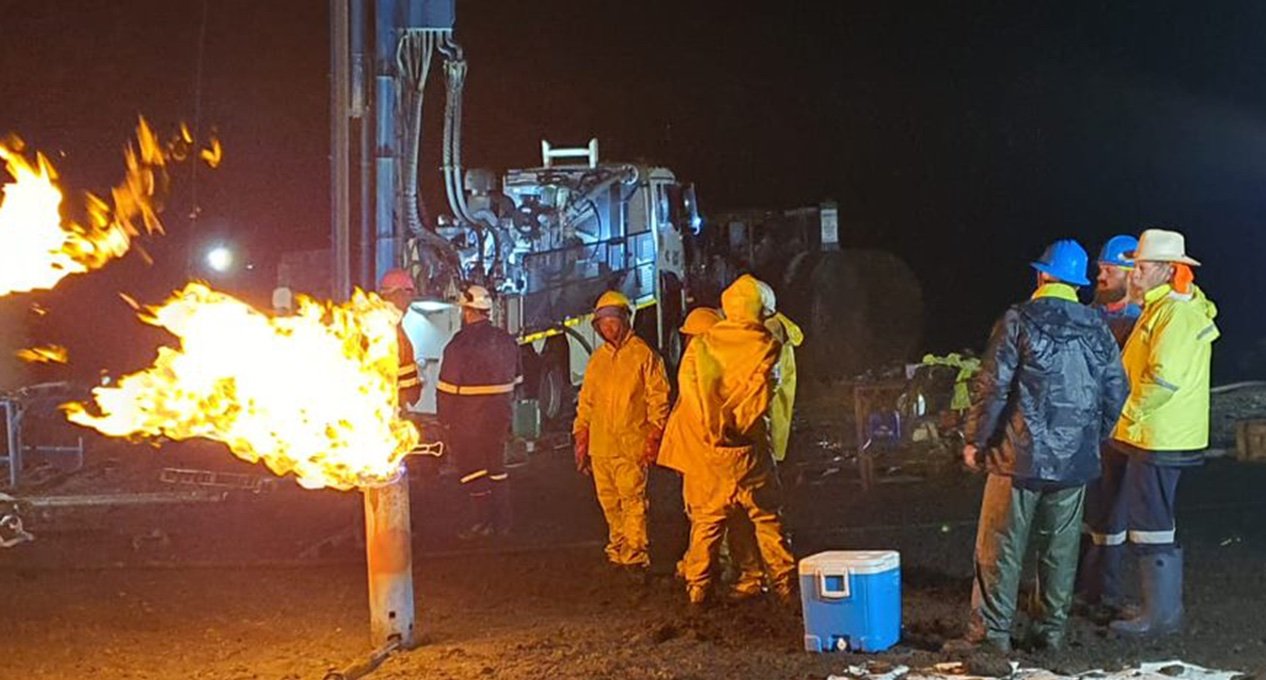 Under choked conditions, Kinetiko has sent the detector ballistic over more than 300 metres of strong gas flows at the Korhaan-4, the first of three wells to be brought into production.

The section, now describing the longest so far, hit the strong flows from 130m to 443m, where the total depth was called due to the tight structures encountered.

The company said preliminary gas flows were established under choked conditions with the drill string in the well and natural groundwater flowback.

“Even under these choked conditions, robust gas flows were observed,” the company said.

“Logging of the well will be undertaken in preparation for regulated flow testing early in January 2022.”

The company plans to continue drilling operations, construct a well cellar, and drill out of the plug/float collar in preparation for re-entry on 08 January 2022.

All indications are that similar geology will be encountered in Korhaan-5.