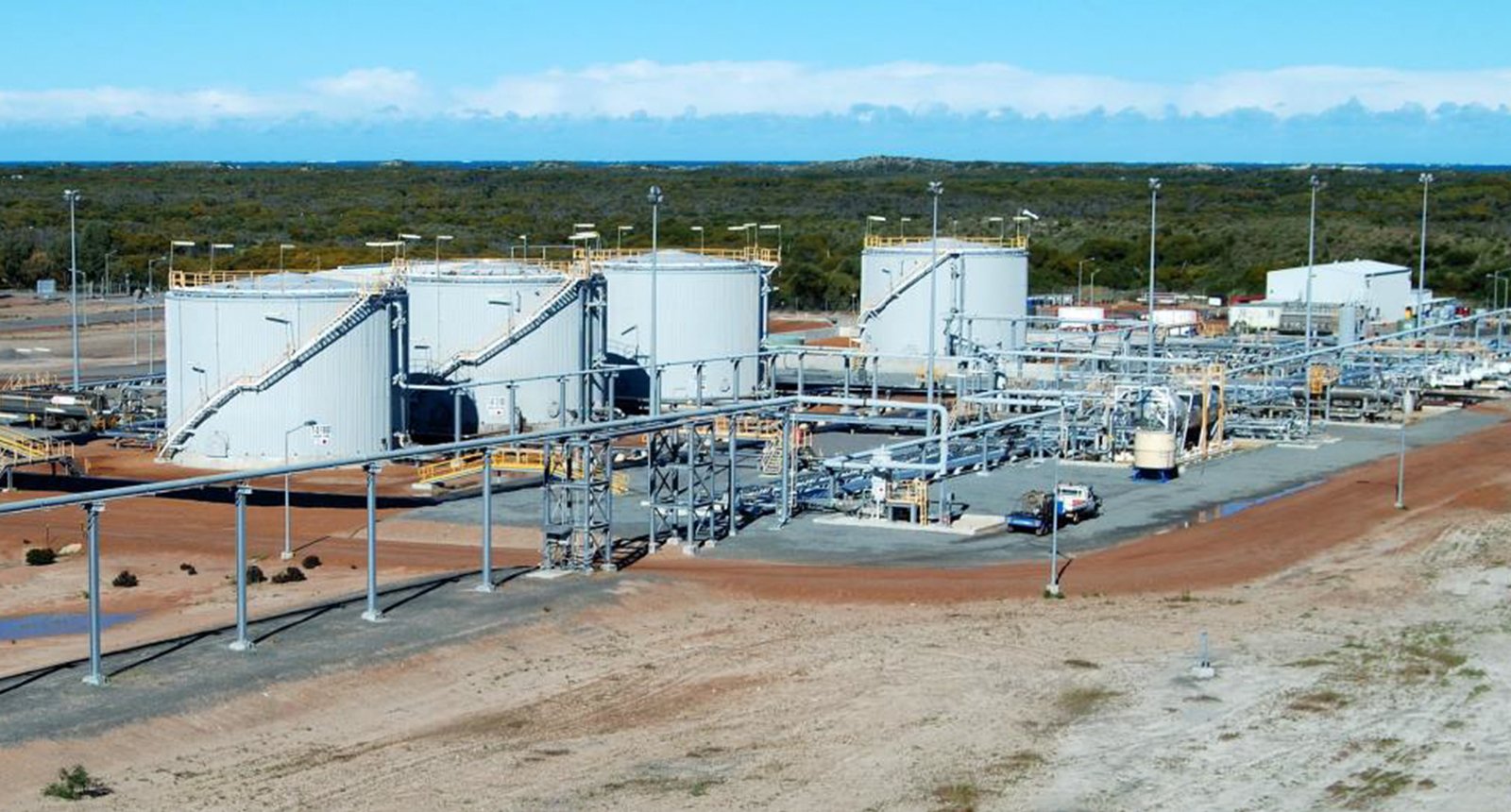 The Cliff Head Joint Venture (CHJV) has commenced work on refurbishing and upgrading two oil tanks at the onshore Arrowsmith Stabilisation Plant connected to the Cliff Head offshore platform 12 kilometres off the coast of Dongara in Western Australia.

Triangle Energy (Global) Limited – holding a total majority interest of 78.75 per cent in CHJV with Pilot Energy Limited retaining the minority balance – will benefit from current high oil prices with around US$14 million net to the CHJV following the sale of an estimated 140,000 barrels of oil stored stockpiled at Kwinana in early May 2022 to BP.

Under current arrangements, around 700 barrels of oil per day are stored in one 10,000-barrel tank at ASP, then trucked south to export facilities at Kwinana.

Oil export via this route will cease at the end of April 2022 for all oil produced in the Perth Basin.

From the beginning of May 2022, the CHJV will store up to 30,000 barrels of oil in three tanks at the upgraded facility bound for Asia via a tanker berthed at the Port of Geraldton.

The company said the oil tank upgrade and refurbishment would advance as export route negotiations progress.

“The expenditure of $2.35 million on oil tank refurbishment is a measure of our conviction and provides certainty that we will continue exporting the oil produced from the Cliff Head Oil Field,” managing director Conrad Todd said.

The route will enable the continuation of oil production in the Perth Basin for both the Cliff Head Oil Field and other Perth Basin producers.

It will facilitate the CHJV to continue to progress plans for alignment on the future utilisation of the Cliff Head Facilities.

Both Triangle and Pilot are working cooperatively to finalise working arrangements and JV alignment regarding the future development plans for Cliff Head, which focus on developing a Carbon Capture and Storage operation to provide CCS to third parties.

Triangle is the registered operator and holds a substantial interest (78.75%) in the Cliff Head Oil Field (PL WA-31-L) encompassing the onshore Arrowsmith Stabilisation Plant and offshore Cliff Head Alpha Platform.  Field production is ~800 BOPD with the Company well positioned to leverage on its operating expertise and infrastructure to secure wider growth opportunities in the Perth Basin beyond the Cliff Head JV.

The Company’s growing footprint in the Perth Basin includes a 45% JV interest in the Xanadu-1 prospect within TP/15 Xanadu oil field and a 50% participating interest in PL7 (R1) inclusive of the Mt Horner oil and gas Field.

Outside of the Perth Basin, Triangle holds a substantial (27.67%) equity interest in ASX listed State Gas Limited (ASX:GAS) who are advancing the development of the Reids Dome Gas Project (PL 231) aimed to supply the shortage of gas in the eastern states and bring gas to market as quickly as possible.