AuKing Mining testwork has shown the potential for at least 75 per cent recovery of copper and zinc at the Onedin deposit, part of the company’s flagship Koongie Park project in north-eastern Western Australia.

The re-listed explorer returned to public trading on the back of the project and has since highlighted the potential for a significant upgrade on its 8.9 million tonne resource.

The company said a secondary carbonate species at the deposit underpin the significant initial findings and support the decision to proceed with Koongie Park.

“That’s why we went after Koongie Park in the first place! — the current focus is to identify a suitable means of processing the significant levels of iron oxides/hydroxides in the weathered part of the Onedin deposit, with results from that activity available shortly.”

Meanwhile, the company is also pursuing cobalt prospects outside of the project’s mineral resources estimate, having secured a $550,000 research and development tax offset. 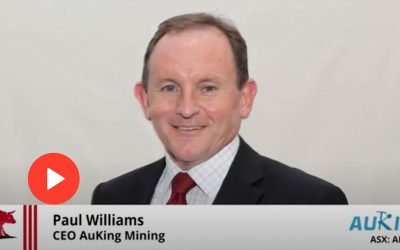